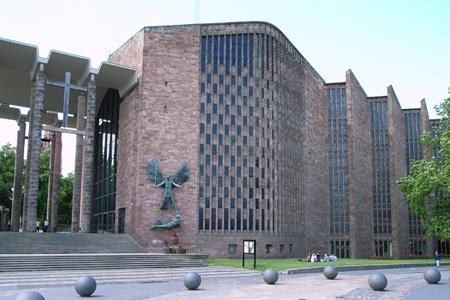 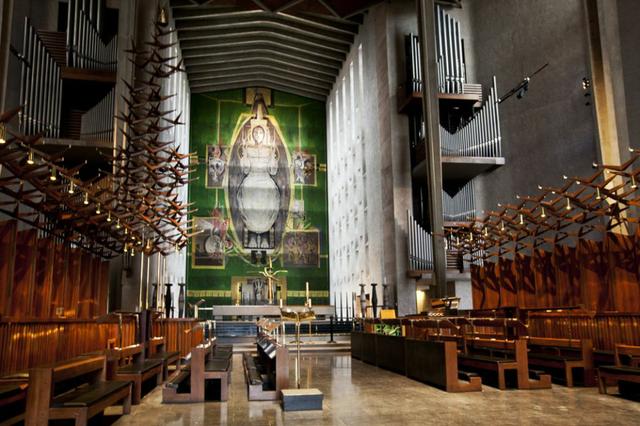 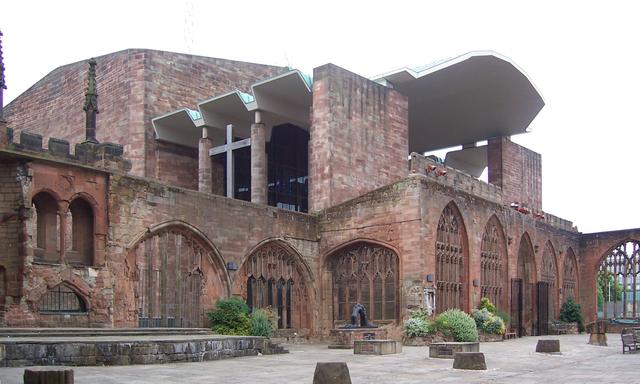 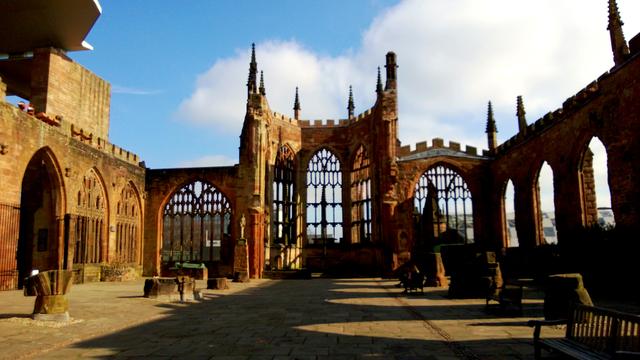 Coventry has had three Cathedrals in the past 1000 years: the 12th century Priory Church of St Mary, the medieval Parish Church Cathedral of St Michael and the modern Coventry Cathedral, also named for St Michael. Coventry’s fortunes and story are closely associated to the story of its Cathedrals - a story of death and rebirth.

Coventry’s earliest cathedral, dedicated to St Mary, was founded as a Benedictine community by Leofric, Earl of Mercia, and his wife Godiva in 1043.  Built on the site of a former religious house for nuns, its sheer size is some indication of the wealth which Coventry acquired in the middle ages.

In 1539, with the dissolution of the monasteries, the See of Coventry and Lichfield was transferred to Lichfield and the former cathedral fell into decay.  Only in 1918 was the modern diocese of Coventry created in its own right, and the church of St Michael designated as its cathedral.

The majority of the great ruined churches and cathedrals of England are the outcome of the violence of the dissolution in 1539.  The ruins of St Michael’s are the consequence of violence in our own time.  On the night of 14 November 1940, the city of Coventry was devastated by bombs dropped by the Luftwaffe.  The Cathedral burned with the city, having been hit by several incendiary devices.

The decision to rebuild the cathedral was taken the morning after its destruction.  Rebuilding would not be an act of defiance, but rather a sign of faith, trust and hope for the future of the world.  It was the vision of the Provost at the time, Richard Howard, which led the people of Coventry away from feelings of bitterness and hatred.  This has led to the cathedral’s Ministry of Peace and Reconciliation, which has provided spiritual and practical support, in areas of conflict throughout the world.

Shortly after the destruction, the cathedral stonemason, Jock Forbes, noticed that two of the charred medieval roof timbers had fallen in the shape of a cross.  He set them up in the ruins where they were later placed on an altar of rubble with the moving words ‘Father Forgive’ inscribed on the Sanctuary wall.  Another cross was fashioned from three medieval nails by local priest, the Revd Arthur Wales.  The Cross of Nails has become the symbol of Coventry’s ministry of reconciliation.

Her Majesty the Queen laid the foundation stone on 23 March 1956 and the building was consecrated on 25 May 1962, in her presence.  The ruins remain hallowed ground and together the two create one living Cathedral.