Our school opened as The Dassett Church of England Primary School on October 4th 1996 upon the closure of Fenny Compton School, Northend School and Farnborough School, and is situated on the site of the old Fenny Compton School which was built in 1864 and enlarged in 1890.

The first purpose built school in the village actually opened on 15th November 1833. It was built by public subscription, on land given by the Lord of the Manor, William Holbech Esq. The surviving list of donations records that nearly everyone one in the village contributed whatever they could afford to the total cost of £138-10s-4d. J. Grant was the mason and J. Duckett the carpenter.

After the school moved out, on completion of the then new building in 1864, the original building became the village Reading Room and much later in the 1980’s, it was restored and it became The Picture Frame.

We continue to use the original buildings of the old 1864 school, for example, our Year 4 classroom is the Old Hall, but we also have a host of modern purpose built classrooms, offices, main hall and kitchen facilities which were added in the extension of 1995 just prior to its opening as The Dassett.

As a lovely juxtaposition our library is also housed in the 1864 building.

The buildings comprising Fenny Compton School are situated centrally in the village and the sound of children happily playing is heard regularly. The support of all villagers is evident at all school events. The idea of the small school is one which people cherish and often seek for their children. Today, most regret that there are so few village schools left. A school is often a symbol of a living village, which is one of the major reasons villagers oppose Authorities who propose closure on simple economic grounds. Fenny Compton School formally closed in July 1996 and its name become history.

The Dassett Church of England Primary School opened on the site, by Simon Lord the Bishop of Coventry, the following September serving the whole area then and now. It has grown and flourished ever since, remaining a focal point for Fenny Compton and its surrounding villages and providing an educational, social and spiritual experience that children will remember and cherish.

In 1947, and then again in 1967, a highly regarded survey was conducted by the children of The Fenny Compton School under the guidance of the then Headteacher W H (Bill) Stubbings. It was an extensive look at the village of Fenny Compton, a thorough in-depth survey looking at all the major aspects of life in a 1947/67 country village. This survey was so well thought of, that it was published it as a booklet ‘Roof Off Fenny Compton.’

Mr Stubbings in his foreword of the 1968 publication warned of the danger of so many changes having taken place between the two surveys so gradually and unobtrusively, so smoothly in fact that they could go unrecognised. The school itself had made the seismic shift from 6 buckets to 10 water toilets alone!

Well, we wondered what he would make of the shift that has occurred in the subsequent 46 years. Not least would be the closure of the Fenny Compton, Northend and Farnborough Schools and their amalgamation into what we now know and love as The Dassett.

This in itself dramatically changed the dynamic of what a modern survey could and should look to achieve. We thought that we would embrace the spirit of the original Roof Off Fenny Compton surveys with a look at the history and background of the village itself, but rather than just restrict the questions to the villagers here in Fenny Compton we would make it more personal to the children of the school and make it a survey about them and their families, across all of the villages that The Dassett school serves.

To achieve this we worked closely with local historians and got the children to compile extensive information about their and their families lives to bring Roof Off into the 21st Century, to do justice to the original project and make this a truly unique social commentary on our school and village as a part of our 180 years celebrations.

We published Roof Off The Dassett in July 2013 and every child at the school received a free copy of the book at our 180th Victorian Celebration Day. 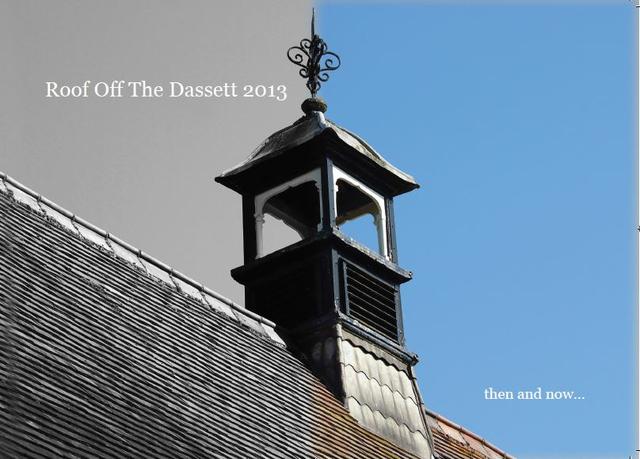 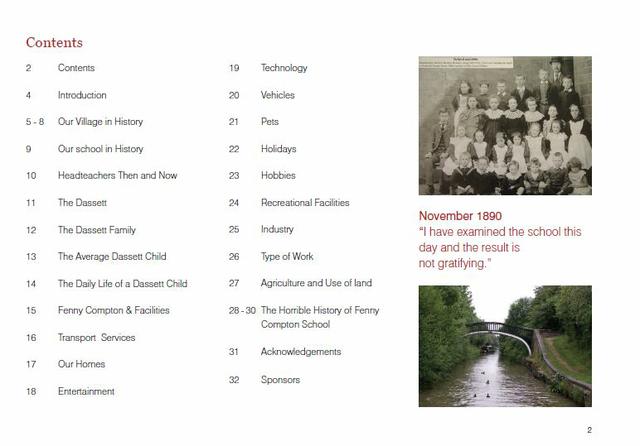 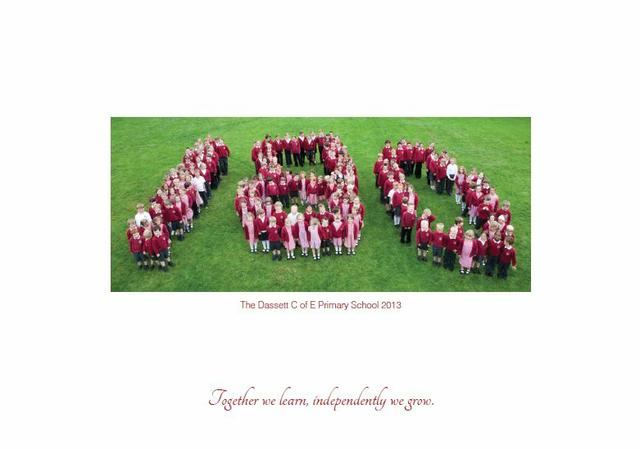 Please find below some pictures of our school and community through the ages.